Sen. Rand Paul's Opposition To Funding Bill Will Cause Shutdown 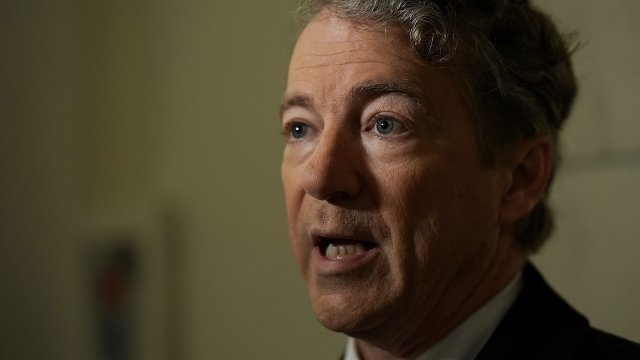 Without Paul's support, the bill can't advance to a vote until 1 a.m. — one hour after the government shuts down. Again.

Kentucky Sen. Rand Paul says he won't support the massive budget bill, which will lead to another government shutdown.

Paul is a known fiscal hawk. He made it clear he opposes the more than 600-page funding bill that raises domestic and military spending by around $300 billion and lifts the debt limit until March 2019.

And, due to Senate rules, all 100 have to agree to actually vote on it. He's refusing to vote on the bill unless he gets 15 minutes to debate an amendment to reinstate budget caps set in 2011.