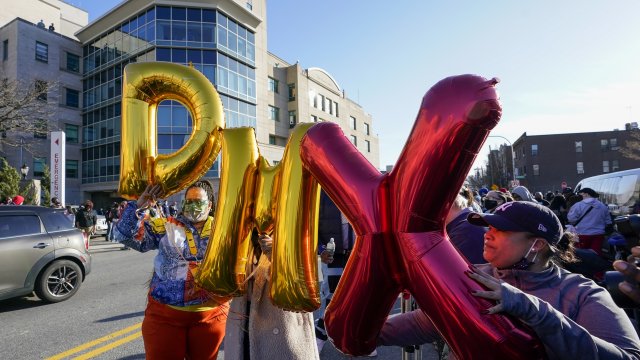 The hip hop star suffered a heart attack last week and had been placed on life support over the last few days.

DMX has died after having a heart attack.

In a statement, his family says he died at a New York hospital after days on life support, calling him a "warrior who fought till the very end."

The hip hop star, who's real name is Earl Simmons, was known for his aggressive style.

DMX became popular in the music scene in the '90s.

His first four albums debuted No. 1 on the Billboard chart and included hits like "Party Up" and the "Ruff Ryders Anthem."

And his talents extended into the acting world.