The sale price for the mint condition card is expected to exceed $10 million when the auction begins Aug. 27.

A decades-old, mint condition Mickey Mantle baseball card could break records when it goes up for auction next month.

The collector's item from 1952 features one of baseball's most celebrated and charismatic legends, and is widely regarded as one of just a handful in near-perfect condition.

It's estimated the card could exceed $10 million when the two-day auction starts Aug. 27. The record is $6.6 million for a 1909 Honus Wagner card that was sold at auction a year ago, months after another 70-year-old Mantle card fetched $5.2 million.

No matter the final price for the rare Mantle rookie card, it will be a hefty profit for the current owner, a New Jersey waste management entrepreneur who bought it for $50,000 at a New York City show in 1991.

“Every time he got up to the plate, the crowd would go crazy, the roars would be there. And he never disappointed you. ... He had that aura about him,” card owner Anthony Giordano said of Mantle, who spent his entire career with the New York Yankees from 1951 to 1968. “Whether you’re from the New York area or not, or a Yankees fan, it was always Mickey Mantle that was highlighted."

The switch-hitting Mantle — “the Mick” — was a Triple Crown winner in 1956, a three-time American League MVP and a seven-time World Series champion. The Hall of Famer, who died in 1995, was considered a humble player on the field. When he hit a home run, he would often run the bases with his head bowed.

“I figured the pitcher already felt bad enough without me showing him up rounding the bases,” Mantle once said. 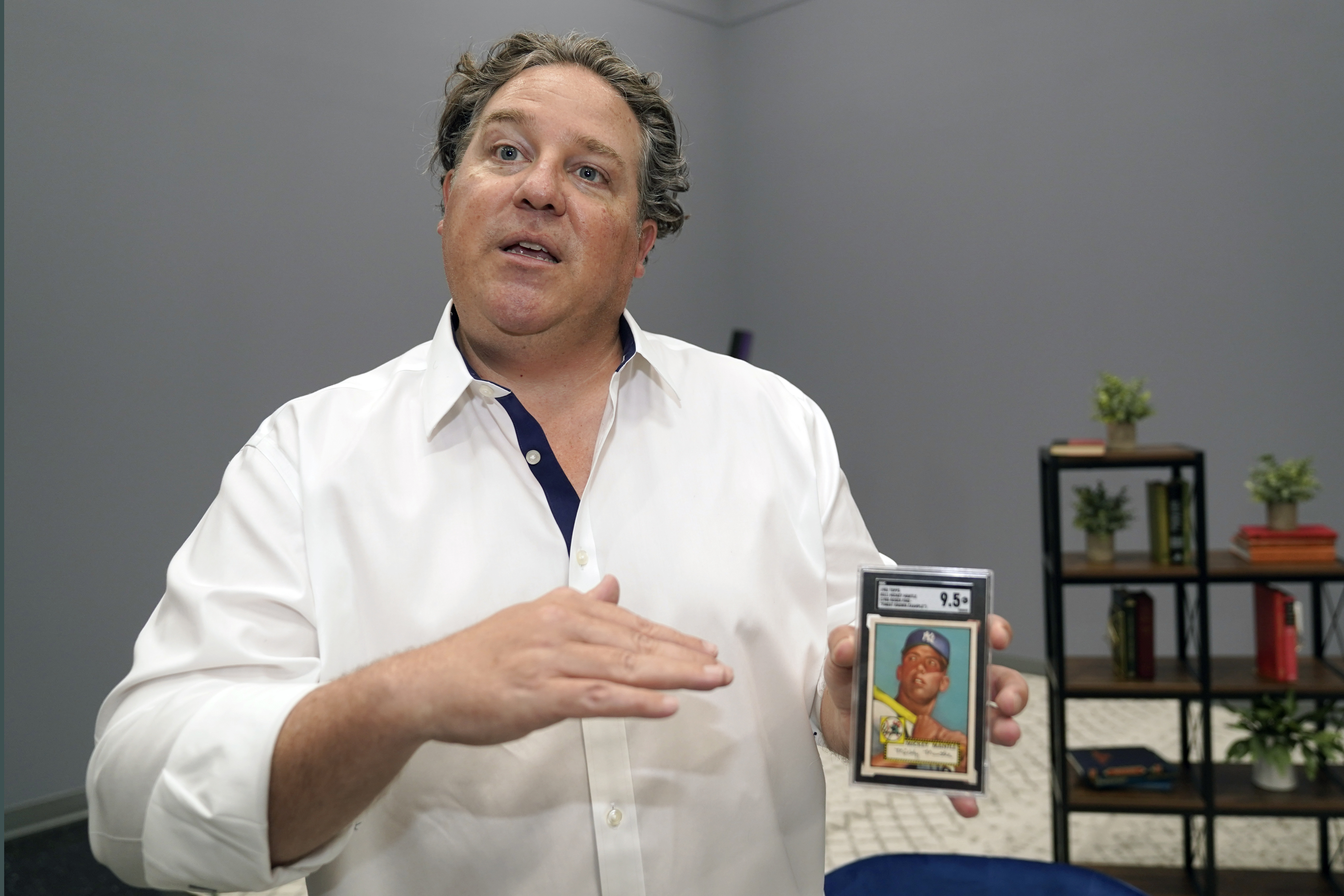 As for the baseball card, its rarity is on par with its subject's mythical reputation.

“The quality of the card is the key,” said Derek Grady, the executive vice president of sports auctions for Heritage Auctions, which is running the bidding. “Four sharp corners, the gloss and the color jumps off the card.”

Grady said that the collectibles market is having a renaissance, noting that cards that are “the creme de la creme, the best of the best, are still selling despite the economy right now” and that Mantle, “the king” of baseball cards, “has always done well.”

Giordano, 75, said it was time to give the Mantle card a new home.

“It’s the right thing to do,” he said. “My boys and I have had the cards for over 30 years, and we’ve enjoyed it. We’ve enjoyed showing anybody that’s close to me — friends and relatives — and I think it’s time for someone else.”

Before the auction begins, the card will be on display in Atlantic City from Wednesday through Sunday at the National Sports Collectors Convention, and at the New York office of Heritage Auctions the following week.