Raven-Symone Is A Smart Choice For Permanent 'View' Co-Host 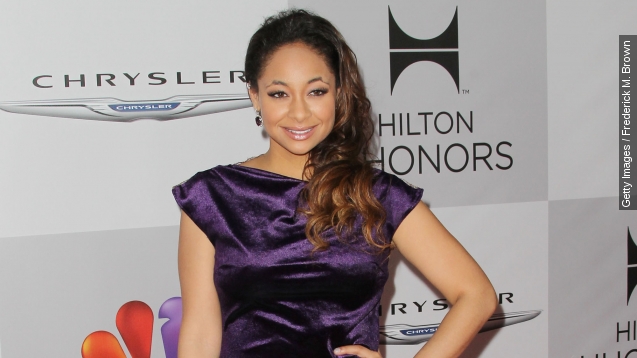 Raven-Symone was named a full-time co-host of "The View" on Wednesday. Can she help dig the show out of a ratings slump?

It's official: Raven-Symone is now a permanent co-host of ABC's "The View."

"I am so happy. I remember coming on 'The View' when I was 15 years old for 'The Cheetah Girls.' ... And I'm very happy to be sitting with these smart, talented mentors," Raven said on Wednesday's show.

So why Raven? Well, first off, she's basically family at this point. She's been a guest co-host 37 times.

The actress also has prior connections to The Walt Disney Co., which owns ABC.

She was the star of a Disney Channel series called "That's So Raven" from 2003 to 2007. And she voices the fairy Iridessa in the animated "Tinker Bell" franchise, which has been a gold mine for Disney.

This might also make her more relatable to a younger audience who grew up watching her shows and movies.

And Raven's strong opinions when she's guest hosted "The View" have grabbed headlines.

Which the show desperately needs, as it's been in a ratings slump for a while now.

CBS' "The Talk" actually beat out "The View" in terms of average total viewers and ratings for women aged 18-49 in March.

With Raven now a full-time host, there's only one more spot left to fill on "The View." And it won't be a surprise if comedian and blogger Michelle Collins gets the nod. Earlier this month, Whoopi Goldberg hinted ABC was in talks with Collins.