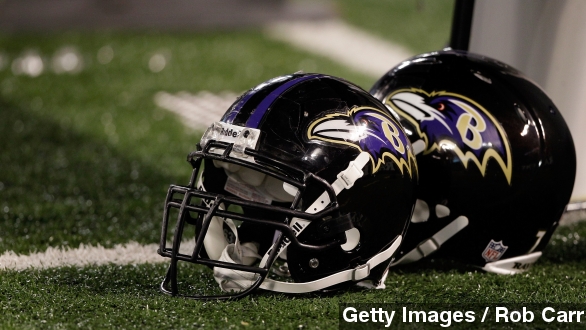 The Baltimore Ravens' senior security director Darren Sanders has been charged with a fourth-degree sex offense from an alleged incident on Dec. 14.

The Baltimore Ravens' director of security has reportedly been charged with a sex offense.

According to court records cited by The Baltimore Sun, Ravens' senior security director Darren Sanders has been accused of a fourth-degree sex offense from an alleged incident on Dec. 14. He's reportedly due back in court for a hearing Feb. 9.

Few other details were revealed about the case, though Sanders' attorney spoke with The Sun Tuesday and says the accusations are "totally fabricated, made up."

He said, "It does a disservice to real victims when people make things up like this. People like [Sanders] are susceptible to made-up allegations. It puts you in a vulnerable position. He's had nothing but an exemplary career."

A Ravens' team spokesperson also told The Sun, "We are aware of the situation and have been investigating thoroughly."

Sanders is the same official who played a big role in the investigation of the sexual assault case involving former Ravens' running back Ray Rice. (Video via CBS)

An ESPN report from September says Sanders was the man who told team officials about the infamous elevator video showing Rice hitting his then-fiance Janay Palmer hours after it happened, though it's been disputed how it all unfolded.

Under Maryland law, if convicted, Sanders could face up to a $1,000 fine, a year in jail or both.