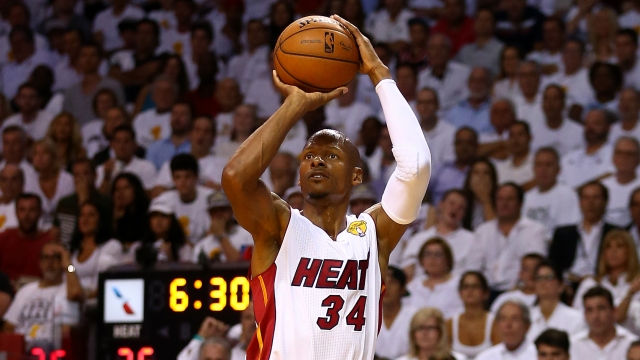 The league's all-time leader in 3-pointers announced his retirement from professional basketball after 18 seasons.

Ray Allen, one of the most dangerous shooters in NBA history, announced Tuesday he's officially retiring from professional basketball after 18 seasons.

Allen, who is 41, broke the news in a letter to his 13-year-old self published on The Players' Tribune — the same place Kobe Bryant and Paul Pierce announced they were hanging up their sneakers.

Allen will definitely be remembered for having one of the sweetest shooting forms in basketball. And with that jumper, he knocked down nearly 3,000 career 3-pointers, making him the NBA's all-time leader.

Aside from being an incredible shooter, Allen's also somewhat of a cultural icon. Early in his career, he starred in the movie "He Got Game" as Jesus Shuttlesworth. That nickname stuck for the rest of his professional career.

Allen, who played for four different teams and won two NBA championships, says he's now "completely at peace with himself."