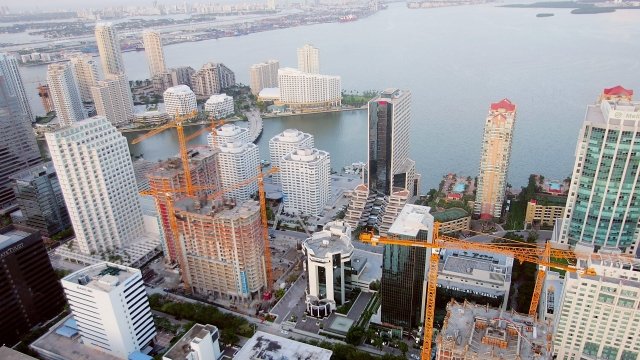 You don't need to wait until the turn of the century to see the effects of rising seas. Just look at today's insurance and real estate markets.

Scientists estimate that by 2100, global sea levels could rise by as much as 6 feet — enough to flood parts of New Orleans again, and to put Miami Beach underwater. But today's insurance and real estate markets are already showing the effects of higher water.

International insurance groups warn the creeping water level could make below-ground property in New York City uninsurable within the next decade. Economists say insurance companies won't be able to make money in places like Florida, so they don't plan to try.

Even national safety nets are on soft ground. The National Flood Insurance Program went so far into debt to cover the last few years of hurricane damage that it's buying insurance for itself to make sure it stays solvent.

In Miami, homebuyer interest — and money — is moving away from the coast. Prices have jumped almost 20 percent in a year and a half in some inland neighborhoods. Research also shows correlations between elevation and value for oceanside real estate. Homes at risk from sea level rise sell for 7 percent less, nationwide.

Sea levels have climbed since we started recording them, and coastal communities spend big to keep the encroaching waters at bay.

In the meantime, cities are turning to expensive projects to keep the status quo dry. New York City, for example, is planning to buy time with $600 million seawalls along Staten Island.

It sounds steep, but it's probably a good investment — the government estimated private flood insurance claims in New York City reached about $9.6 billion after Sandy struck the city.