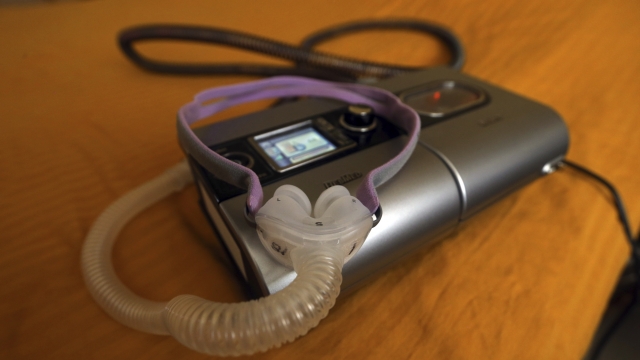 A massive recall of machines that help people deal with sleep apnea is expected to drag on until next year.

At doctor Jerald Simmons' Houston area clinics, It's not an overstatement to say patients may be losing sleep these days.

"Here I am giving someone a diagnosis saying you have obstructive sleep apnea and we need to treat your airway. Oh, by the way, the machine that we want to prescribe for you is been back ordered because there's a worldwide shortage," he said.

Simmons is a neurologist who treats sleeping disorders. He said a massive recall of Philips machines is causing patients to wait  for the helpful treatment they can deliver.

"Prior to this recall that occurred, when we would order CPAP machine for a patient. They would get it within about a week and sometimes even sooner. But with the recall it's taking months," he said.

Philips said potentially harmful disintegrating foam that could be inhaled is the culprit.

The devices are called continuous positive airway pressure machines or CPAP machines. They force air through a mask to keep passageways open during sleep. They're used to treat sleep apnea — a sleep disorder in which breathing repeatedly stops and starts. It can lead to drowsiness and increased risk of heart attack.

The recall's knock-on effects stretch into other device makers, because demand is high for the machines and supplies are limited for them. They usually cost between $500-$1000.

According to the American Sleep Apnea Association, about 22 million people in the country suffer from the sleeping disorder.

"Many of them that did still haven't received the replacement machines. Those that are trying to purchase the machines privately and not go through insurance or wait for the backup and online are paying some pretty hefty sums, you know, outrageous sums for some even refurbished machines. So it has affected a lot of patients," said Tallavajhula.

The FDA has received more than 70,000 reports of health problems tied to Philips devices including pneumonia, headache and cancer. However such reports are not independently confirmed and cannot prove a causal connection. The FDA took a rare step in March, ordering the Dutch manufacturer to provide clearer information about the health risks of its products, saying "the company's notification efforts to date have been inadequate."

"But yes, it left a lot of us in the gray zone. In fact, still, I mean, there are some patients that don't quite know what to do," said Tallavajhula.

If patients have to wait, sleep medicine clinics are providing alternative treatments.

"All of our new patients that we're diagnosing with sleep apnea that we want to place onto PAP therapy, all of them are having to deal with the delays. So now that's quite a few patients. It's become sort of just our standard, our experience with our patients," said Simmons.

Philips has said its ongoing testing on the recalled devices is encouraging, but the efforts to solve the problems will stretch on until next year. More than five and a half million Philips CPAP machines worldwide are subject to that recall. Talk to your doctor if you think this affects you.