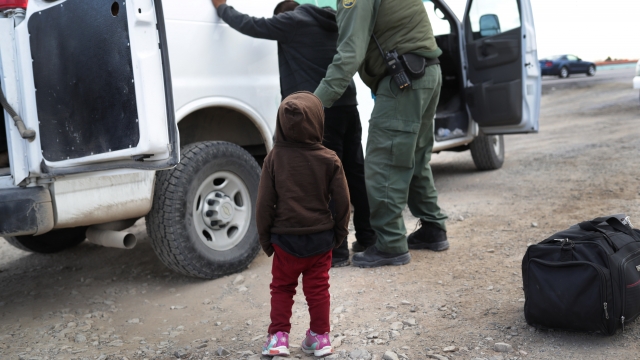 According to data released Tuesday, about 76,000 unaccompanied minors were apprehended during fiscal year 2019.

Over the last year, U.S. immigration authorities detained a record number of children traveling by themselves at the nation's southwest border.

According to new data released by U.S. Customs and Border Protection Tuesday, about 76,000 unaccompanied minors were apprehended during fiscal year 2019. That's up more than 50% from the previous year and higher than any year on record.

As The New York Times notes, the historic numbers are largely due to the Trump administration's crackdown on immigration, combined with a surge of children fleeing Central America.

Most of the unaccompanied minors detained at the southwest border over the last year came from countries like Guatemala, Honduras and El Salvador. And The New York Times says Mexico is seeing a similar influx of underage migrants traveling north without their parents.