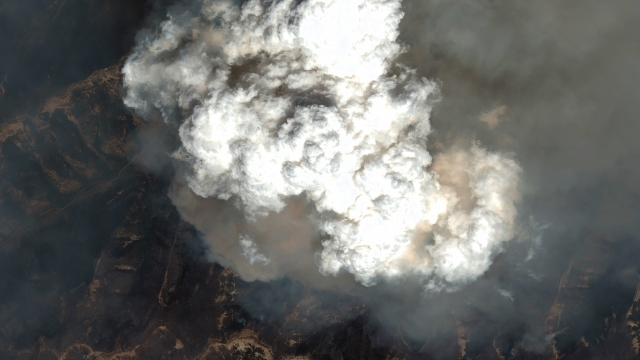 A record-setting dry year is fueling devastating wildfires in Colorado.

The Pine Gulch Fire is now the second-biggest in state history, covering more than 120,000 acres. The Grizzly Creek Fire has burned nearly 30,000 acres. And the Williams Fork Fire is approaching 10,000 acres.

Nearly a quarter of the state is in a drought. Denver is facing high temperatures in the 90s for at least the next week. And fires recently forced part of the Rocky Mountains to shut down.

Climate scientists say this could be the new normal if carbon emissions aren't reduced, because hot, dry summers are only expected to get worse with global warming. A spokesman for the Colorado governor said, "We must shift to renewable energy by 2040 and do our part on climate [change.]”