Record-Setting Heat Across The U.S. 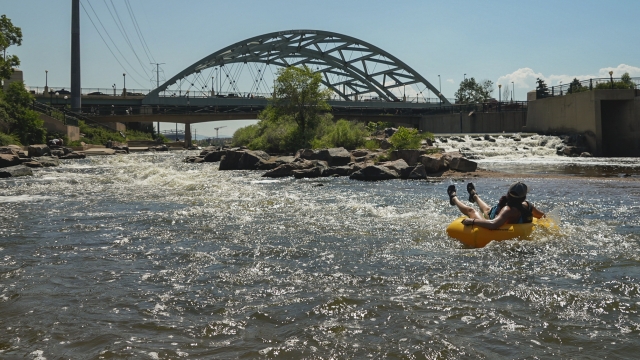 Some spots in Arizona could hit 120 degrees.

If you don't have to go outside, don't. That's the warning from one doctor in Las Vegas.

With this kind of heat, there's a lot of concern for your safety, but that's not all. The extreme heat means you're looking at a higher risk for wildfires.

Crews in California battled a brush fire there,  north of Los Angeles. Fires burned more than 6,500 square miles of land last year. Officials say another fire, called the Flats Fire in Southern California, has burned 400 acres and is just 60% contained.

And in Utah, crews are making progress fighting several fires across the state. Officials say the Bear Fire has burned more than 10,000 acres about 100 miles southeast of Salt Lake City. It's less than 20% contained.

Meanwhile, with high temperatures comes higher use of air conditioners. And Texans are being asked to use less electricity by the state's main power grid. The Electric Reliability Council of Texas, known as ERCOT, said it is experiencing a significant number of power plant outages. It said combined with high use of electricity because of the heat, it will put even more strain on the power grid. ERCOT said the outages are unexpected and did not explain what caused them. It is asking Texans to conserve power through Friday.

Earlier this year, ERCOT faced a lot of criticism for its handling of a winter storm that left millions without power for days in freezing temperatures.