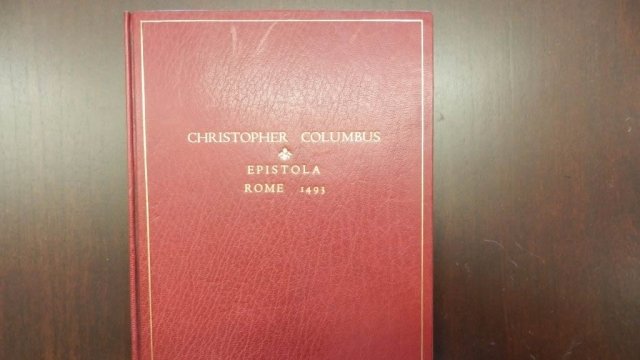 The Vatican's previous copy of the letter was found to be fake.

A recovered copy of a letter written by Christopher Columbus in 1493 has been returned to the Vatican Library after its copy was found to be a fake. The U.S. ambassador to the Holy See brought the letter to the Vatican on Thursday.

The Columbus letter was an account to Spain's King Ferdinand and Queen Isabella detailing his discoveries. It was translated into Latin, and copies were sent around Europe. The Vatican got its copy in 1921.

U.S. investigators later found out that multiple copies of the letter were stolen from libraries in Europe and replaced with forgeries.

The U.S. returned a recovered copy of the Columbus letter to Spain last week. Another copy of the letter was returned to Italy in 2016.