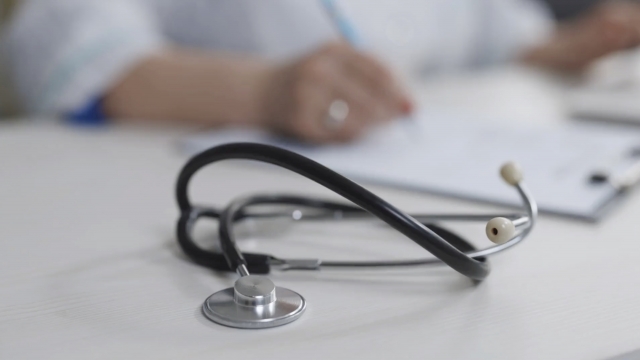 In Santa Rosa, New Mexico, historic Route 66 is a way station for travelers — a rural oasis that most pass through on their way somewhere else. But not Dr. Randy Brown, whose family roots span centuries.

"My dad's side of the family has been here for that long," he said. "As a matter of fact, I'm related to just about everybody on some level."

For more than three decades, he's served a community of about 4,500 people.

In the world of rural medicine, he's like a precious metal.

"He's been here forever and he's a trusted doctor. You ask anyone in this town and his word is as good as gold," nurse Antoinette Luceros said.

Brown is a rare find — a son of the soil who stuck around to shine.

"I didn't really think I'd come to Santa Rosa," he said. "That was not on my list until I was sort of twisted into coming out here. But once you get here, you can't leave. These are your people."

By 2034, the whole country could be short by between 38,000 and as many as 124,000 physicians — and that projected deficit could hit rural America hard. Though 1 in 5 Americans are "rural," fewer than 10% of doctors practice medicine in small towns.

"In New Mexico, we average 6.5 primary care physicians per 10,000. The national benchmark is 7.9. So there's a huge gap in there, and that was even a few years ago," said Stephen Stoddard, the executive director of New Mexico Rural Hospital Network. "And so now we're seeing more challenges, more strains put on the health care system with the pandemic and so forth and create new issues."

In rural hospitals and clinics around the United States, getting doctors in the door is one challenge. Getting them to stick around for a career is quite another.

Dr. Timothy Overton is one of Brown's proteges.

"If you look at the statistics and the trends in the country, the cities are getting larger and the rural areas are getting smaller, more depopulated and less well-served," Overton said. "It's taxing, but it's very rewarding. There's always something else to learn and always another way that we can help our patients out here. We're doing, like you say, procedures that would normally be reserved for a surgeon, an obstetrician, a pediatrician in a larger setting. It's a chance for me to hone my skills in and help people out here."

In Brown, the staff have a big gap to fill.

"He's a legend throughout New Mexico and truly one of the last of a dying breed of physicians that can do it all," Overton said.

Medicine is personal business in Santa Rosa. New Mexico has the oldest physician workforce in the U.S., and the leadership duo says finding the right successors is exhausting.

"It's an ongoing struggle and we recruit every day," Brown said. "We work on some level. I have staff that's out there as part of their job to recruit."

Rural doctors do everything from delivering babies to mending broken bones.

"One of the things that's not really talked about so much but physicians cite all the time is continuity, being able to have a relationship with their patients," Overton said.

Small communities entice some physicians to stay for a time with college loan forgiveness programs, but Brown says making a life in the country requires more than just financial incentives.

"You have to have somebody that has a heart for the community, for the people that they're taking care of," he said.

Before he walks out the door, Brown hopes the new generation of doctors will rise above the reluctance of working in rural America and realize small towns can make for deeper patient connections.