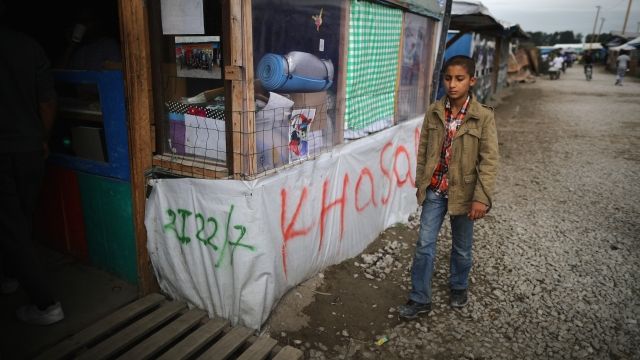 The Red Cross says the U.K. hasn't responded to requests to let some kids into the country, and time is running out.

Over 100 unaccompanied refugee children have a legal right to be reunited with family in the U.K. But the Red Cross says British officials have refused to respond to requests to bring them in.

The Calais migrant camp in France is scheduled to be demolished in just a few weeks. When it happens, roughly 1,000 children will be stranded without guardians. Almost 20 percent of those minors already have family in the U.K. and are eligible to enter.

Some refugee children have already moved to the U.K., but the process has taken an average of 10-11 months. Lawyers argue it should only take several weeks, at most.

The Red Cross notes a lack of resources on both sides. The French and British governments have been relying on volunteer groups to process relocation requests.

As unaccompanied children are struggling to get out, the agency cites a lack of protection for the children while they're stuck in the camp. When migrant camps are demolished, children are especially vulnerable to dangers, such as human trafficking.

During the last demolition at Calais, 129 children went missing.

Because so many children in Calais are unaccompanied, charities are now calling for officials to accept 400 of them, more than only the children with family in the U.K.