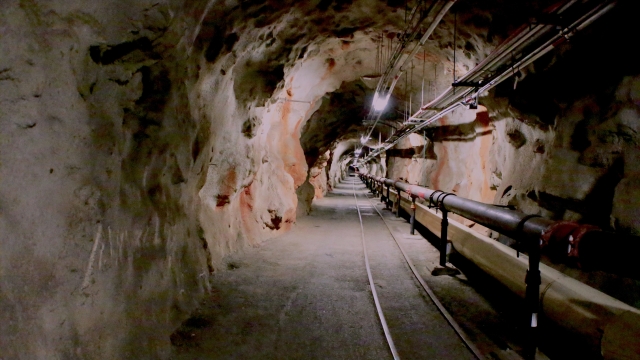 The Red Hill fueling station at Pearl Harbor is leaking chemicals into the O'ahu water supply, causing damage that could last generations.

The water supply for much of the island of O'ahu and its more than a million residents is facing potentially irreparable damage after repeated leaks at the Red Hill fueling station at Pearl Harbor.

The Navy base has aging infrastructure that has leaked out jet fuel and, more recently, firefighting foam containing so-called "forever chemicals."

A leak of 14,000 gallons of jet fuel in November 2021 sickened dozens of families living on the Pearl Harbor base. In November 2022, the Navy said an estimated 1,100 gallons of AFFF firefighting foam that contains toxic levels of PFAS — forever chemicals — leaked out.

But that wasn't the first time toxic forever chemicals had leaked at Red Hill. Later reporting revealed there had been a previously unknown firefighting foam leak in 2020. That might explain why even a year before the latest leak, testing found PFAS in the water samples.

These leaks aren't just a threat to the base. They put the whole island at risk.

In December, Honolulu Board of Water Supply chief engineer Ernie Lau spoke with Scripps News about the impacts of these leaks.

"Please pray, pray for us because we are far from through this problem," Lau said. "The journey is still in front of us, and the risk and the consequence are further. Leaks are enormous to our community, so please, we value your prayers."

The reason these leaks impact so many is in part because of the island's distinct water source, which provides the city of Honolulu and surrounding communities with drinking water.

The island relies on fresh rain and ground water that seeps underground through the surface into a water-bearing rock area called an aquifer. The water stays down there for years until it gets pulled up by wells that work almost like a drinking straw.

But as fuel and firefighting foam leak into the ground, the risk grows that it'll work its way down and pollute the aquifer, as the fuel tanks are located just a few hundred feet from the well that pulls up water from the aquifer.

The aquifer is the island's main source of water, and if it's polluted with potentially toxic chemicals, there aren't many other options available.

Scientists Are Trying To Solve The 'Forever Chemicals' Problem

PFAS are chemicals that don't wear down even after being disposed. Now scientists are trying to address them before they cause human side effects.

The time frame is a bit different with the firefighting foam leak than the jet fuel leak: The firefighting foam could damage the water supply for generations. That could have some pretty wide-ranging consequences for the entire state's economy, according to environmental advocate and Hawai'i Sierra Club executive director Wayne Tanaka.

Hawaii also has a large population of indigenous Hawaiians, whose culture treats the 'āina, or land, like a family ancestor. It's part of what motivates activist and organizer for O'ahu Water Protectors, Dani Espiritu.

"'Āina is considered a member of the Ohana family member, and in many cases, it's considered a 'honor, an elder sibling,'" Espiritu said. "So our relationship to āina is really that — a familial relationship where people have a responsibility and a privilege to care for āina and in return feeds us."

The Pentagon has responded, with Secretary of Defense Lloyd Austin announcing last March that the military plans to close and defuel Red Hill.

The EPA announced a proposal in December for a voluntary regulation agreement to safely close and defuel Red Hill and protect its drinking water system, but the military has a history of not following through on previous voluntary regulations. Plus, the latest leak of firefighting foam has worn away at confidence from activists and local officials.

In the aftermath of that leak, Lau from the Board of Water Supply joined activists in protests in December. After, he told Scripps News he appreciated the Navy's work to date but worried what else could still come between now and Red Hill's eventual closure.

"This latest release of AFFF concentrate liquid really has damaged my confidence in this process," Lau said. "What else can happen here when they're supposedly focused on really being very careful here?"

PFAS chemicals, which don't degrade over time, have been used in consumer products since the 1950s and are linked to harmful health effects.