The EU Cools On Turkey After Referendum 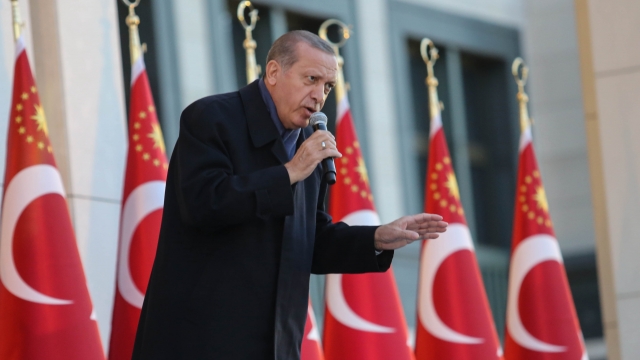 The recent constitutional referendum in Turkey might spell disaster for the country's bid to join the European Union.

German Member of Parliament Norbert Röttgen told CNN, "You can't simultaneously establish an authoritarian Turkey and then demanding to get a member of the European Union."

The bloc's election monitors have heavily questioned how the vote was run, and some EU leaders are publicly worried that the resulting reforms will turn Turkey into an undemocratic state.

How Turkey's New Constitution Changes The Power Of The Presidency

Turkish citizens voted for a new constitution that concentrates power in the presidency.

Turkey has technically been in talks to join the EU since 2005, but its membership bid has ground almost to a halt.

That's both due to human rights concerns and fears from some countries about admitting a majority-Muslim nation to the bloc.

Turkish President Recep Tayyip Erdogan isn't publicly worried about losing EU access. He recently flirted with reintroducing the death penalty in the country, which could be a poison pill for Turkey's membership bid.

And authoritarian regime or not, the EU will still have to work with Turkey if it wants to manage the ongoing migrant crisis.