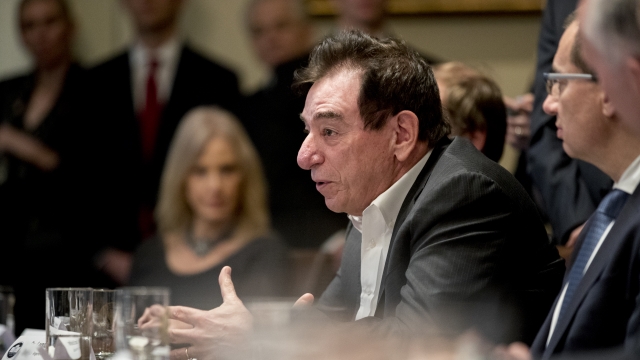 CEO Leonard Schleifer says "the real evidence" has to come from larger clinical trials, "which are the gold standard and those are ongoing."

The CEO of Regeneron Pharmaceuticals downplayed President Trump's endorsement of its antibody cocktail being a "cure" for COVID-19.

CEO Leonard Schleifer told CBS' "Face the Nation" that the president's case is the "weakest evidence that you can get" because it's only one case.

President Trump was among fewer than 10 people who were able to access the Regeneron-made drug without having to enroll in a study.

Schleifer also mentioned that Regeneron has spoken with the FDA to try to get the antibody treatment approved for an emergency-use authorization because the company thinks it's an appropriate time to do so based on preliminary evidence.