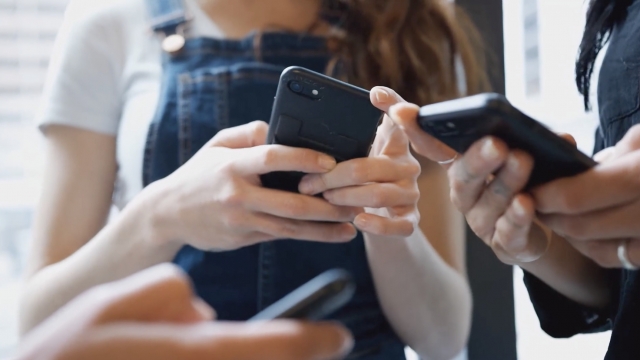 Congress wants to start regulating tools that social media companies use to watch our online activity.

When certain posts or ads show up in our social media feeds, that's often because of tracking of where we've been in cyberspace and what those travels say about who we are. Congress wants to start regulating those tools that social media companies use to watch us.

A new bipartisan-supported bill called the Filter Bubble Transparency Act would require internet companies like Facebook or YouTube to give users the option to opt out of AI-driven content recommendation systems that rely on our personal data to serve us advertisements.

Some social media platforms, like Facebook and Twitter, give users the option to shift from such algorithmic-driven news feeds to feeds that display posts in chronological order. That means what you see is based on when pages post content and not on where you've been before or what social media thinks you might want to see.

YouTube also allows users to turn off the auto-play feature, which suggests videos based on personal data.

Newsy spoke to algorithm experts who said the legislation was a step in the right direction, though the regulation efforts weren't totally refined, and they would take a long time to implement.

"I think we want to be looking at something that's not necessarily all the way to chronological, but maybe that offers people more control or at least better insight into what the system is doing," University of Colorado professor Robin Burke said.

"I would love to be able to do this kind of semi-incognito, where I just say, 'Hey, Facebook, turn off' — not the recommendation algorithm, but 'turn off the data reading.' I won't be anonymous, but none of my engagement actions will then go and feed back into the algorithm. And when I'm ready, I can turn that semi-incognito back off and it'll read my data," Bentley University assistant professor Noah Giansiracusa said.

Some entrepreneurs are already trying to offer an algorithmic-less experience. Mark Weinstein, founder and chairman of MeWe, noted he made MeWe for those who wanted a social media experience that didn't rely on a personal-data-driven advertising model, and rather membership fees. He mentioned the legislation doesn't stop companies from supporting their current data-driven business model.

"This legislation that would attempt to mandate a translucent and opaque experience — if the user wanted it — the social network would still be collecting massive amounts of data, and any time the user toggled it then would use all that data," Weinstein said.

One possible solution offered by experts is creating tools that can slow the spread of highly viral content that is false or contains elements of things like conspiracy theories.

Filippo Menczer, director of the Observatory on Social Media at Indiana University, told Newsy that in his own studies, he's found that social media users are more likely to share lower-quality, less-verifiable content so long as users see a high number of shares, likes and comments along with the posts.

"We've gone to a frictionless communication system," Menczer said. "We need to increase some friction to make it harder for the ecosystem to be manipulated and to help us deal with the floods, with the information overload, so that we can more easily discriminate between quality information and junk."