Reince Priebus Will Be Donald Trump's Chief Of Staff 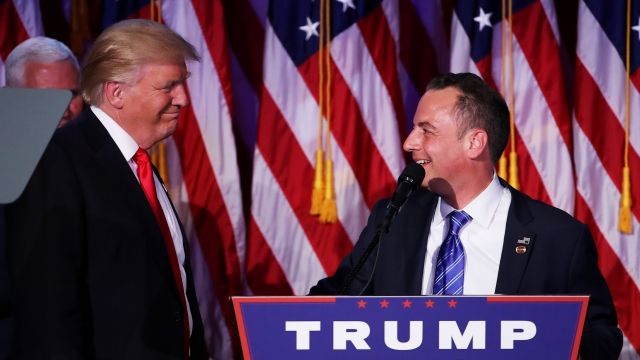 The announcement came a day after Trump's campaign manager called his chief of staff decision "imminent." Priebus, along with Breitbart executive chairman Steve Bannon were rumored to be on Trump's shortlist.

SEE MORE: Here's What Trump Is Saying About Immigration Post-Election

By many accounts, Priebus as a chief of staff makes sense. The RNC head worked hard to unite the party around its candidate during the election, and by picking the leader of the party as his right-hand man, Trump could ease the party's concerns with someone he trusts.

But Priebus could also alienate a large sector of Trump's support base. As the leader of the GOP, Priebus is almost the definition of "establishment" — the very thing Trump said he was going to turn upside down during his campaign.

Bannon will also be joining the Trump administration as chief strategist and senior counselor to the president.