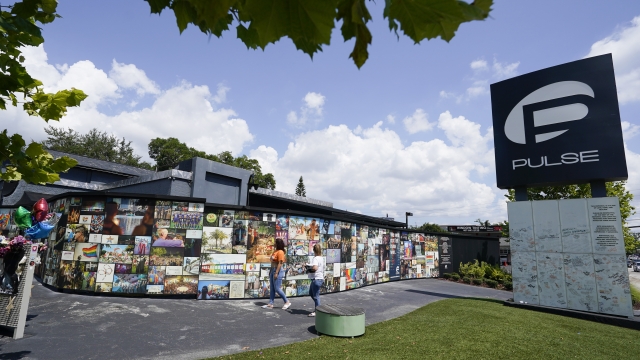 The Orlando community honored the 49 victims of the Pulse nightclub massacre with a "49 Bell" service.

Natalie Murray says the morning of June 12, 2016, plays in her mind on repeat every single day. She says that old cliché "time heals all wounds" is simply not true.

"Every day I can remember, every step, every conversation, every move we made. I can remember it just like it was yesterday. It sits vivid in my mind … all day all the time," said Murray.

Natalie's daughter called her saying she had been shot in the arm. Her daughter explained numerous people had been shot inside Pulse. Akyra Murray and her friend ran out when the shooting started just after 2 a.m. but went back inside to find Akyra's cousin. The girls became trapped inside the bathroom stall with the gunman.

In the next stall over was Orlando Torres, who survived the shooting.

"Within minutes [the gunman] came in and we were hearing the big popping sounds in our restroom," said Torres. "He shot in the stall behind us. I was unaware of who was in the other stall, which was the handicapped stall, it was the bigger stall, I come to find out there was probably 12-14 people in there."

"They used their SWAT vehicle to plow the bumpers into the walls and I'm hearing a lot of banging booming all of a sudden, shots started firing. It felt like a war zone," said Torres.

Akyra Murray was the youngest victim who died at Pulse nightclub. Her cousin and friend survived. Akyra was visiting from Philadelphia with her family. Six years later, her mother has not touched her daughter's room.

"Akyra's room is probably exactly how I left it. I never even unpacked her bag from six years ago. The Florida bag is still in her room in her closet," said Murray.