Rent Prices Continue To Rise Across The Country 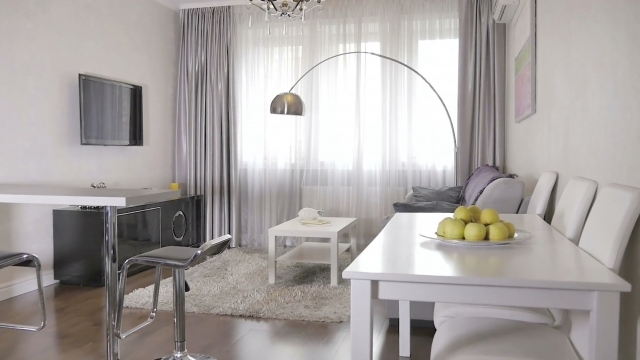 Supply chain issues, delays in the construction pipeline and an increase in material costs have led to housing and rental shortages.

Las Vegas resident Hope Gallegos and her husband have a studio apartment.

"It's not even a one bedroom. It's a 400-square-foot studio so as soon as you walk in, you're walking into a bedroom and, supposedly, a dining area and small kitchen and a bathroom," she said. "When we first moved in, our contract was $856 and then soon as the renewal is coming, September, we got a notice that it will go to $1,200."

Nationally, rent has increased across the board. The latest Labor Department Consumer Price Index report found the rent index rose 0.8% in June over the previous month. Year to year, rent is up 5.6%.

Gallegos has seen the impact firsthand.

Senior Housing Economist Chris Salviati of the online marketplace Apartment List says the hikes have been going on for a while.

"It isn't necessarily surprising," he said. "We've been seeing in our rent index — rent has been increasing really rapidly over the course of the past year and a half."

What's behind the the skyrocketing cost of rent? Salviati says there's a really strong demand for rentals but there aren't that many units available or being built. Apartment List has seen a dip in new rental listings.

Supply chain issues, delays in the construction pipeline and an increase in material costs have led to housing and rental shortages. Some potential first time buyers are also delaying purchasing a home, with mortgage interest rates high and fewer choices.

In New York City, rent for a one bedroom averages nearly $2,100, which is about a 27% increase from last year. And Chicago's rent bumped up about 10% while San Francisco saw a 7.6% increase.

Some renters are renewing leases even with steep increases because it may be cheaper to stay put. Others, like Joceline Malinconico of Boynton Beach, Florida, are discovering the cost of relocating.

"It was in the same community and it costs $1,200 just to move down the block, basically," she said.

On average, moving costs are 9% higher this year, according to hire a helper. Still, there may be hope. Experts predict that while rents will continue to increase, they'll be at a much slower pace.

"Based on our data, we are going to see things start to cool off in the CPI in the coming months, but that will probably be, you know, maybe sometime in the fall," Salviati said.