How Did A Lewd Photo Of A Congressman End Up Online? 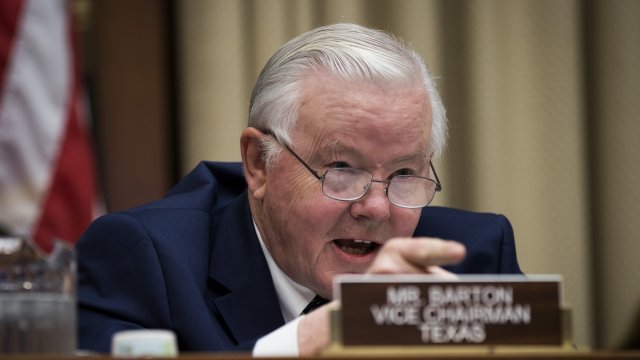 U.S. Rep. Joe Barton apologized for the graphic photo Wednesday, which was posted on an anonymous Twitter account.

U.S. Rep. Joe Barton of Texas says Capitol Police are looking into how a lewd photo of him ended up online.

Barton apologized Wednesday after a graphic photo posted on an anonymous Twitter account started making rounds. It's unclear who posted it.

In his apology, Barton said he'd had consensual relationships with several women while separated from his second wife.

The photo appears to be from a video Barton said he sent to one of those women. She told The Washington Post they exchanged explicit messages but that she didn't post the recent photo.

She also shared a recording of a 2015 phone conversation with Barton. In it, the representative warned he would report her to Capitol Police if the explicit messages he sent her were made public.

Two women told HuffPost the lawmaker touched them inappropriately during political events in 2007 and 2008.

The woman says she took his mention of Capitol Police as an intimidation tactic. In a statement, Barton didn't deny that conversation — but he did say it could be evidence of a crime against him.

According to its website, the Capitol Police enforces both federal and District of Columbia laws and regulations. As of Wednesday, the agency had not responded to a request for comment from the Post.