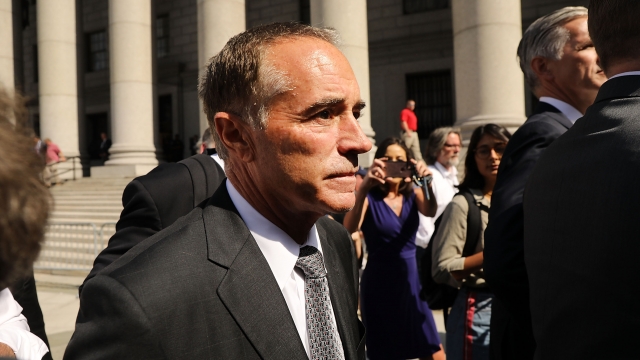 Collins pleaded guilty to making false statements and conspiracy to commit securities fraud. He faces up to five years in prison for each.

He pleaded guilty to two counts, one of conspiring to commit securities fraud and a false statements count.

Collins has represented New York's 27th District since 2013 and was the first sitting congressman to endorse Donald Trump's presidential campaign.

He was also the largest investor and a board member for Innate Immunotherapeutics, an Australian biotech company. In August 2018, he was arrested and accused of sharing nonpublic information about a failed drug trial with his son, who allegedly passed that information on to his fiancee's father.

Collins had previously pleaded not guilty.

"I believe I acted properly and within the law at all times with regard to my affiliation with Innate. Throughout my tenure in Congress, I have followed all rules and all ethical guidelines when it comes to my personal investments, including those with Innate."

A federal indictment citing text messages, phone calls and bank records says Collins and his family used insider info to dodge more than $700,000 in losses, since the company's stock later dropped more than 90%.