2 Conyerses May Run To Fill The Seat Of Former Rep. John Conyers 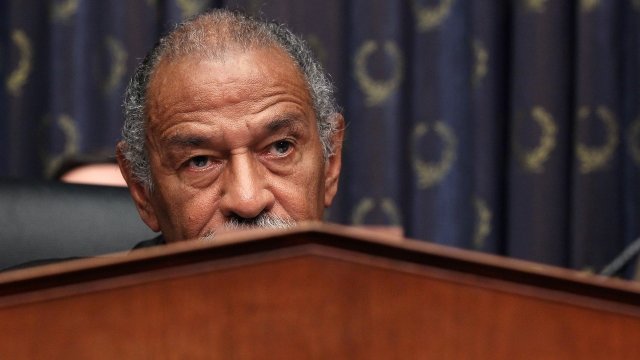 Former Rep. John Conyers endorsed his son for Congress, but his great-nephew is already planning to run.

Rep. John Conyers, the longest-serving member of the House of Representatives, announced his retirement today. His grand-nephew is running to fill his seat, but the former congressman didn't endorse him. Instead, he endorsed his oldest son, John Conyers III.

Rep. Conyers' Resignation Decision Will Be His Own, Not Washington's

Conyers' attorney Arnold Reed spoke to reporters Friday. He said the congressman's decision would be primarily based on his health.

Conyers III has never held elected office, and the former congressman said the endorsement decision was based on continuing his legacy.

Ian Conyers, the former congressman's great-nephew, is currently a Michigan state senator. He confirmed his decision to run early Tuesday.