Rep Denies Story That Richard Simmons Is Being Held Captive 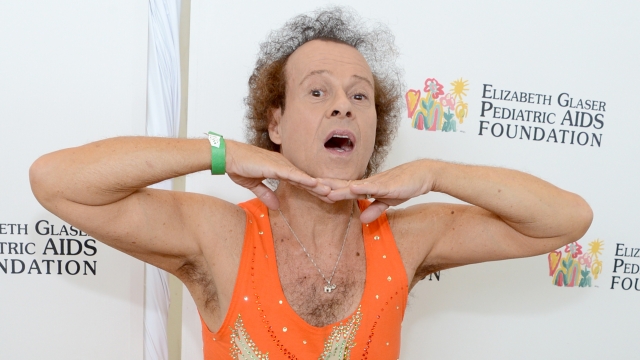 Friends told the New York Daily News that Richard Simmons had cut ties with them several years ago and that he's being held against his will.

"If you're trying to lose weight, and you want to keep your heart in great shape, just try sweating to these classics," Simmons said in a promotional ad for his "Sweatin' to the Oldies" video.

In the '80s and '90s, Richard Simmons' workout videos were everywhere.

Today, the general public doesn't seem to be sure where the flamboyant fitness guru is now.

Several friends told the outlet he'd suddenly and bizarrely cut off communication with them about two years ago. One friend said he suspected Simmons' housekeeper is keeping him captive with the help of black magic.

The friend also recalled a 2013 interview with CNN as Simmons' last media appearance.

"I wish all of your viewers a prosperous and happy and healthy New Year's," Simmons told CNN.

But a representative for Simmons rejected the claims, telling USA Today: "Richard Simmons has been in the public eye for 40 years, and he's opted out. It's his right to do it. That's the God's honest truth."