One Of Congress' Most Powerful Figures Isn't Running For Re-election 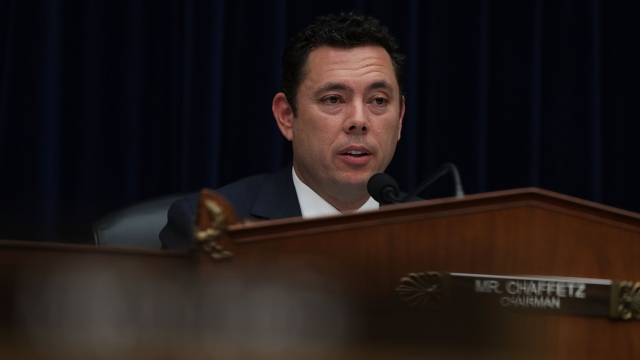 One of the most well-known Republican members of the House of Representatives won't be running for re-election.

Chaffetz said he "made a personal decision to return to the private sector" and said he has "no ulterior motives" for walking away from Congress.

The announcement came as a surprise to many, given Chaffetz's role as chairman of the powerful House Oversight Committee.

Rep. Jason Chaffetz sent a letter to the director of the Office of Government Ethics on Thursday.

As chairman of the House Oversight Committee, Chaffetz led well-publicized investigations into the Secret Service as well as former Secretary of State Hillary Clinton's use of a private email server. Recently, he's faced criticism for refusing to investigate ties between former Trump national security adviser Gen. Michael Flynn and Russia.

There had previously been speculation that Chaffetz might run for Senate or governor of Utah.

He told a local radio station later Wednesday that he hasn't ruled out a future run for political office.

Chaffetz already faced both Democratic and Republican challengers in the 2018 race. The Democrat had already raked in about $500,000 as of last month. And like many Republican members of Congress, Chaffetz faced a fiery crowd in a town hall in February.