Another Congressman Is Not Running For Re-election 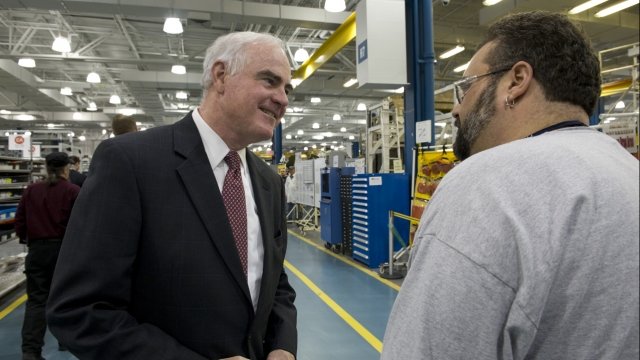 Meehan's decision comes after it was revealed he used taxpayer funds to settle a sexual harassment complaint.

U.S. Rep. Patrick Meehan is not running for re-election this year.

The report comes less than a week after an article in The New York Times said the Republican from Pennsylvania used thousands in taxpayer funds to settle a sexual harassment complaint with a former aide.

The Washington Post obtained a letter Meehan sent to his campaign chairman that said in part, "It is clear to me, that under the current conditions, any campaign I would run would not be decided over vital issues but would likely devolve into an ugly spectacle of harsh rhetoric."

Darrell Issa, who's served in the U.S. House of Representatives since 2001, announced Wednesday he plans to retire.

The chairman of the National Republican Congressional Committee confirmed Meehan's upcoming retirement, saying he was "disappointed" by the controversy that led to the lawmaker's decision.

Meehan told The Philadelphia Inquirer he viewed his now-former aide as  "a soul mate" but that he remained loyal to his wife and didn't pursue a romantic relationship with the woman.

The House Ethics Committee is investigating Meehan's behavior. The lawmaker says he's willing to reimburse taxpayers for the funds he used if the committee finds he did engage in harassment.