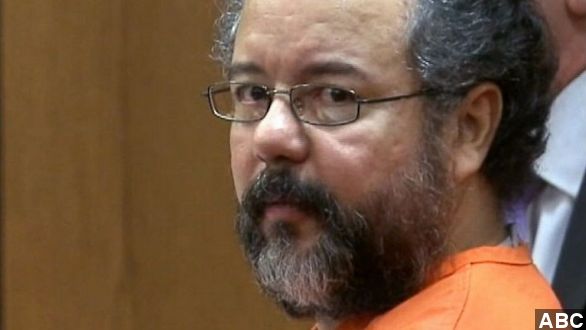 Castro had just begun serving a life sentence plus 1,000 years for raping and imprisoning three women in his house for around 10 years — Amanda Berry, Michelle Knight and Gina DeJesus. (Via ABC)

“The report released … says all available evidence, including a shrine-like display in Castro’s cell and an increasing tone of frustration in his prison journal points to suicide.”  (Via WSYX)

“The consultants rejected a suggestion in a state prison report … that Castro’s hanging was not a suicide as originally believed.” (Via WKYC)

That report, released in October, suggested that Castro’s death was an accident — the result of autoerotic asphyxiation. (Via The Columbus Dispatch)

Dr. Drew: “Autoerotic asphyxiation is a behavior when individuals engaged in self-stimulation are trying to intensify the experience by putting something around their neck.”  (Via CNN)

After Castro’s death there were also allegations that two prison guards didn’t routinely check on Castro at 30-minute intervals as they were instructed. They even reportedly created false logs — including five the day Castro died. (Via Business Insider)

Those guards were initially placed on administrative leave but were recently allowed to go back to work.

As far as Tuesday’s new report, it ends saying, “the fact that this inmate was going to remain in prison for the rest of his natural life under the probability of continued perceived harassment and threats to his safety … his suicide was not surprising and perhaps inevitable.”

Castro was found dead in his cell Sept. 3 with a sheet wrapped around his neck and tied to a hinge in the window.