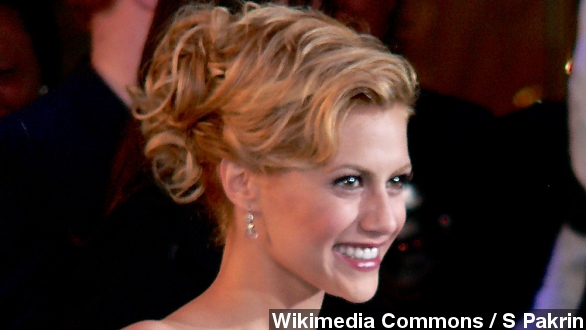 When actress Brittany Murphy passed away in 2009, her death was ruled an accident. But a report published Monday, with shocking new details about Murphy's death, claims the actress was poisoned.

The actress, who appeared in 1995's "Clueless" as well as the films "8 Mile" and "Sin City" was found dead at her Los Angeles home in December 2009. Five months later, Murphy's husband Simon Monjack passed away with similar symptoms. (Via Paramount Pictures / "Clueless", KNBC)

The coroner's report claimed both Murphy and Monjack died of pneumonia and anemia. But Murphy's father was skeptical of the official story and had tissue samples independently tested.

The toxicology report from those tests, obtained by the Examiner, found extremely high levels of 10 different heavy metals present in Murphy's hair and blood samples. The report concludes "the only logical explanation would be an exposure to these metals ... administered by a third party perpetrator with likely criminal intent."

The report also notes the heavy metals found in Murphy's system are similar to those used in rat poisons and insecticides.

The official story regarding Murphy's death has been called into question before. In 2011, Murphy's mother claimed black mold was responsible for the deaths of the actress and her husband. (Via The Hollywood Reporter)

And according to the Daily Mail, Murphy's father continues to claim Murphy was poisoned by government agents in retaliation for her association with homeland security whistleblower Julia Davis.

Both Murphy and Monjack reportedly showed symptoms of heavy metal poisoning before their deaths, including headaches, nausea, and coughing fits.