Were John Glenn's Remains Disrespected In An Air Force Mortuary? 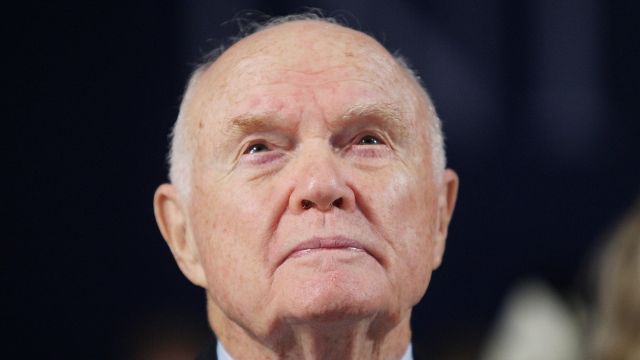 An employee at Dover Air Force Base has been accused of offering military inspectors the chance to look at Glenn's dead body before it was buried.

An employee at Dover Air Force Base, Delaware, has been accused of offering inspectors the chance to look at John Glenn's dead body before the famed astronaut was buried earlier this year.

According to the Military Times, a memo claims that during an investigation into Dover's mortuary last winter, a senior employee asked inspectors twice if they would like to see Glenn's remains.

The report says the inspectors declined the "clearly inappropriate and personally shocking" offer.

Glenn died in December at the age of 95. He was the first American to orbit Earth, a U.S. senator for more than 20 years and a decorated Marine.

The launch was originally scheduled for March but was delayed due to a leak.

Though he died in December, his family asked the U.S. Air Force to care for his body until he could be buried in April at Arlington National Cemetery in Arlington, Virginia.

The Air Force is investigating the allegations. After that investigation is complete, the service says it will decide if any "corrective actions" are necessary.

Glenn's family has been notified about the accusations.