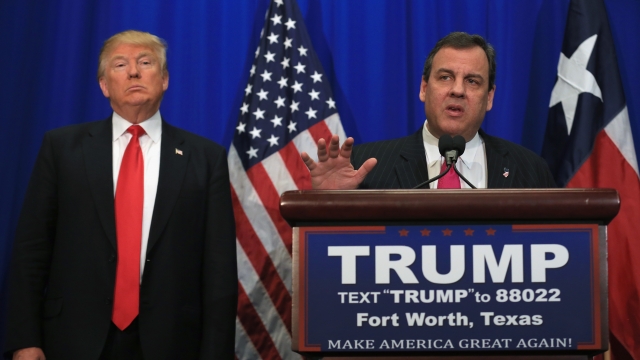 Christie suspended his campaign in early February and was one of the first to throw his support behind Trump.

A Donald Trump-Chris Christie ticket appears to be increasingly likely.

A report from CNN on Thursday says Christie — the current New Jersey governor and a Trump endorser — is being vetted as a potential vice president.

Christie was once thought of as a favorite for the Republican presidential ticket, but when the early polling numbers started rolling in, the voters thought differently. Christie suspended his campaign in early February.

"I am proud to be here to endorse Donald Trump as president of the United States," Christie said in late February.

According to several polls, presumptive Democratic challenger Hillary Clinton holds a strong lead in the state.

New Jerseyans aren't totally sold on the idea of Christie as VP, either. A Quinnipiac University poll found 72 percent of voters thought Trump should pass on Christie.

This video includes images from Getty Images and a clip from ABC.