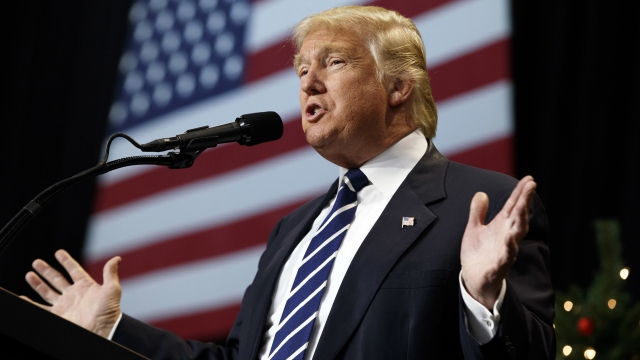 This report comes after the January 6 Committee wrapped up 8 public hearings so far this year, with more expected to come in September.

Days after the end of an explosive summer series of January 6th Committee hearings, there are new signs the Department of Justice is stepping up its own investigation into the infamous day and closing in on former President Donald Trump.

"We intend to hold everyone, anyone, who was criminally responsible for the events surrounding January 6, for any attempt to interfere with the lawful transfer of power from one administration to another, accountable; that's what we do. We don't pay any attention to other issues with respect to that," said Attorney General Merrick Garland.

The Washington Post reported investigators have questioned witnesses about Trump's behavior in front of a federal grand jury.  Among them, Marc Short, former chief of staff to then Vice President Mike Pence.

"I can confirm I did receive a subpoena for a federal grand jury, and I did comply with that subpoena," said Short.

Of interest to the Justice Department is a Trump-backed plan to substitute fake electors from key states won by Joe Biden.

The far-fetched scheme was laid out in stunning detail during a committee hearing in June, where vice chair Liz Cheney detailed an unsuccessful attempt by members of Trump's justice department to send a letter casting doubt on President Biden's victory in Georgia.

"The letter also said this: 'In light of these developments, the Department recommends that the Georgia General Assembly should convene in special session' ... and consider approving a new slate of electors. And indicates that a separate ... 'fake slate of electors supporting Donald Trump has already been transmitted to Washington, D.C.'," Rep. Liz Cheney read from committee-obtained documents in their June 23rd public hearing.

But the committee has shied away from saying it wants to push the Biden Justice Department to pursue charges in the fake electors scheme. Committee member Jamie Raskin deflected on that question in a Newsy interview last week

"The DOJ has a lot more resources than we do to collect evidence and that, of course, is the major business they're involved in. So, I don't think we really gave them a lot that they didn't already have, or at least they didn't have the capacity to get," said Raskin.

Pressure on the department is coming not only from the public hearings but also a separate criminal investigation in Georgia, where prosecutors have taken a series of eye-catching steps in recent weeks related to Trump's efforts to overturn election results in the state, including sending subpoenas to Georgia congressman Jody Hice, and compelling Rudy Giuliani to testify.

All while the select committee continues its work, planning to resume public hearings in September.

"Obviously, we have two different interests; ours is to get to the bottom of what happened, put out recommendations... the Department of Justice needs to look at any possible criminality. I just have to ask, what have they been doing for the last year and a half?" said Rep. Adam Kinzinger.