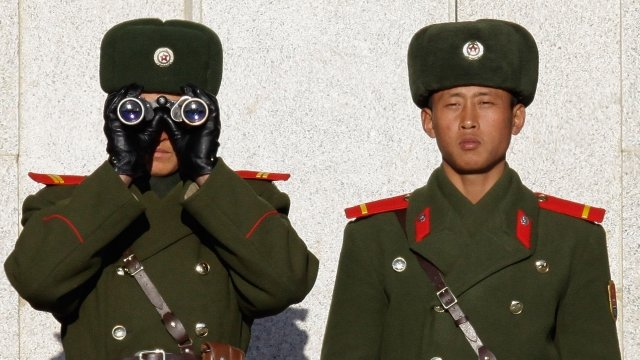 It's not clear whether the soldier was exposed to or vaccinated against the disease.

South Korean media is reporting a North Korean soldier is immune to anthrax.

Four soldiers defected from North Korea this year. South Korean officials confirmed one of those soldiers had developed anthrax antibodies, but didn't specify which one.

South Korea's government predicts the North will conduct at least one test next year to try to master warhead re-entry.

The presence of those antibodies, which fight off the infectious disease, means the soldier was either exposed to anthrax bacteria or specifically vaccinated against it. That's likely a sign the Kim regime is working on biological weapons in tandem with its nuclear and missile programs.

That's especially concerning for South Korea's military, which doesn't expect to have an anthrax vaccine until the end of 2019.