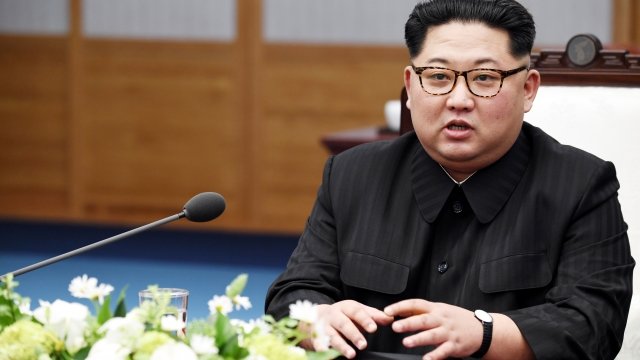 We've seen North Korea back out of commitments to denuclearize before.

The outlet spoke with anonymous officials briefed on an unreleased intelligence assessment. Those officials say they believe North Korea started producing enriched uranium at higher levels several months ago, even as it started engaging in talks with the U.S.

The report comes days after several outlets, Newsy included, reported North Korea was allegedly making structural improvements to one of its nuclear testing sites, despite agreements made with the U.S. at the summit in early June.

North Korean Leader Kim Jong-un agreed to general denuclearization at the summit. He also agreed to seek peace on the Korean peninsula. Afterward, U.S President Donald Trump ordered that "large-scale" joint military drills in the region be put on hold.

We've seen North Korea back out of commitments to denuclearize before. NBC quoted one official as saying, "There is absolutely unequivocal evidence that they are trying to deceive the U.S."