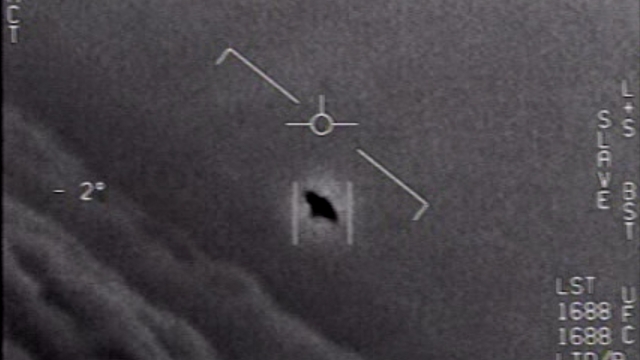 The Unidentified Aerial Phenomena Task Force is set to share what it knows about UFOs by June 1. Luckily for us, the report will be public.

There’s always been excitement over the possibility of aliens.

Whether they are friends...

What lives beyond our world is of great interest, especially for the Pentagon.

“Have unidentified flying objects been seen?"

"Well sure we’ve had lots of reports on what we call unidentified aerial phenomenon.”

Former Director of National Intelligence John Ratcliffe not only confirming sightings of UFOs around the world...

“Frankly there are a lot more sightings than have been made public.”

But also confirming we can expect to hear more about them by June 1.

“There’s now a report that will be issued by the Pentagon, by the Secretary of Defense and the director of National Intelligence.”

The directive for the report was tucked into the 2.3 trillion dollar COVID relief bill signed in December by former president Donald Trump, under the Intelligence Authorization Act.

The Senate Intelligence Committee said relevant intelligence may be sensitive but information sharing and coordination across the intelligence community has been inconsistent.

So the Unidentified Aerial Phenomena Task Force was formed… and the report must include:

a detailed analysis of unidentified aerial phenomena, a description on how agencies will ensure timely data collection and centralized analysis, and identify whether UFOs are national security threats

The Pentagon released three videos last April showing what it calls “unidentified aerial phenomena." And while it’s unclear what exactly the objects are, there are hopes the upcoming report can provide some answers.