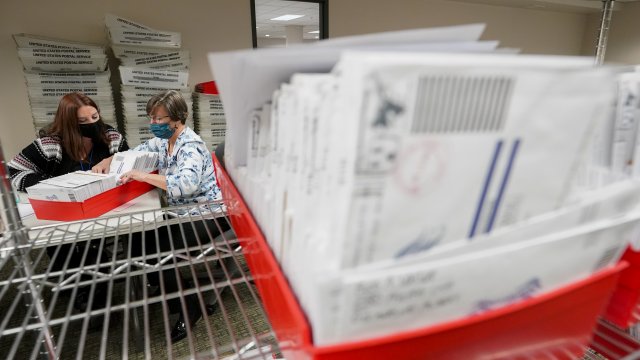 Multiple people have reportedly been arrested in connection with an alleged plot to attack a Philadelphia convention center.

An investigation is underway over an alleged plot to attack the Pennsylvania Convention Center, which is where ballots are being counted.

According to local reports, a group drove to Philadelphia from Virginia last night with the intent to attack the convention center.

Police said they got a tip and found a weapon in the car.

Over the last few days, dueling protests have taken place in Philadelphia as votes continue to be tallied.

President Trump's supporters say they want transparency, while Joe Biden's supporters are calling for every ballot to be counted.