Report Says 11,000 Children Have Been Killed In Syria 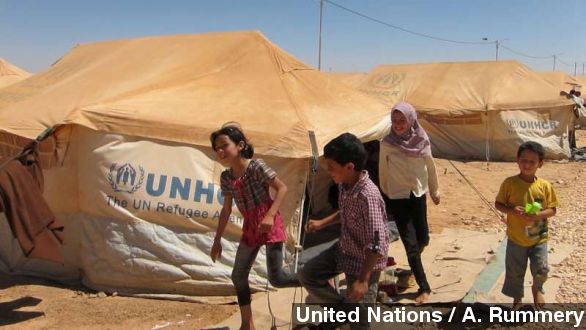 A new report from London-based Oxford Research Group finds more than 11,000 children have been killed in the country's civil war.

It might be the best evidence yet children in Syria aren't just the casualties of the country's civil war.

A new report from London-based Oxford Research Group finds more than 11,000 children have been killed in the fighting — and that number is mounting.

While most were killed in explosions, 764 were summarily executed, and 389 died from sniper attacks. (Via Wikimedia Commons / Voice of America News)

Most of the victims were boys between the ages of 13-17 killed in their own neighborhoods. (Via Amnesty International)

The report echoes similar findings by the United Nations back in June as well as from aid workers and doctors inside Syria who say both children and pregnant women are targets.

"Many children would die on the operating table because you just were a little bit too late to get to the blood vessel. And it was very painful." (Via ITV)

Observers have likened it to a game among the snipers of who can kill the most. But why target children, specifically?

Since the civil war began two and a half years ago, an estimated 2 million Syrians have fled their country — about a tenth of the country's population.