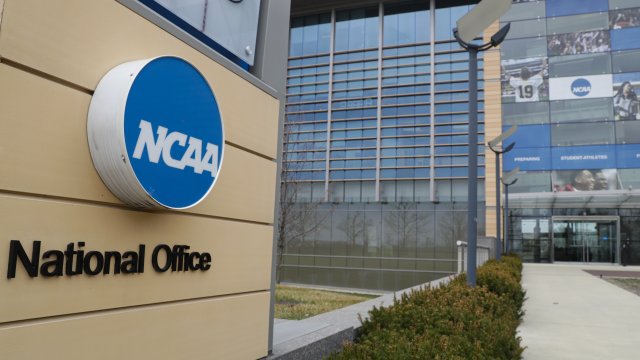 The NCAA has fallen short of upholding its commitment to gender equity by prioritizing its cash cow Division I men's basketball tournament “over everything else,” according a scathing review released Tuesday after an uproar over how the association conducts its championship events.

A law firm hired by the NCAA to investigate equity issues released a 113-page report that includes a series of recommendations, including holding the men's and women's Final Fours at the same site and offering financial incentives to schools to improve their women's basketball programs.

But it ripped the NCAA for falling into an entrenched approach to the women's game, preventing its growth and leading to an embarrassing lack of equality with the men.

Social media posts showing the disparity between the men's and women's amenities at their respective basketball tournaments forces upgrade.

“With respect to women’s basketball, the NCAA has not lived up to its stated commitment to ‘diversity, inclusion and gender equity among its student-athletes, coaches and administrators,’” the report found.

It also found the TV deal for the women's tournament was likely under valued by tens of millions of dollars.

NCAA revenues surpassed $1 billion in the year before the pandemic and almost $900 million of that was tied to the media rights deal with CBS and Turner for the men's tournament.

The women's tournament, meanwhile, is part of a package with more than two dozen other NCAA championships that ESPN owns and pays about $34 million per year for through 2023-24. But according to an assessment done by a team of sports media and marketing experts, the women’s tournament will be worth between $81 and $112 million annually beginning in 2025.

The report said running the Final Fours at the same time would allow for better cross-promotion of the events, calling it the "best available means to grow women's basketball."

It also called for annual assessments by the NCAA to track progress on gender equity.