Sessions Reportedly Said He Might Quit If Rosenstein Were Fired 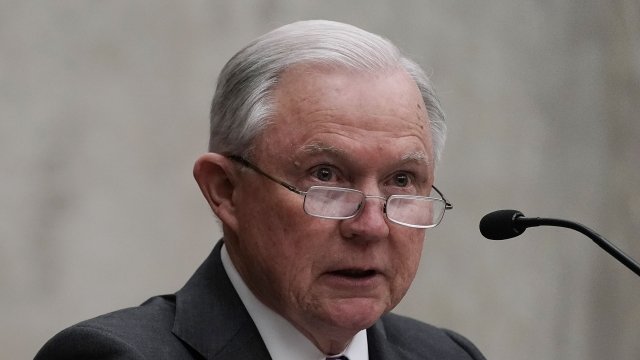 Attorney General Jeff Sessions has reportedly said he might leave the Department of Justice if the president fired his deputy, Rod Rosenstein, according to a Washington Post report.

Sessions apparently made the statement following an outburst of anger from President Donald Trump after Rosenstein approved the FBI raid on the president's personal lawyer Michael Cohen.

One source told The Washington Post that Sessions wasn't really threatening to leave but trying to convey what a difficult position he'd be in if the president actually fired Rosenstein.

If Sessions did resign because of Rosenstein's firing, it might open up a path for Trump to end the Russia investigation being led by special counsel Robert Mueller.