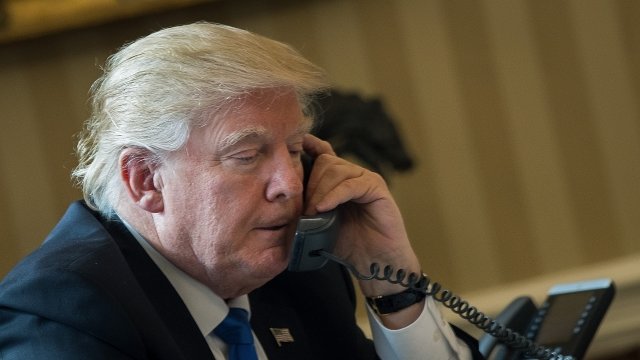 President Donald Trump will reportedly not hire two lawyers to join the team defending him in the Russia investigation — even though their employment was announced last week.

That's according to Trump's personal lawyer Jay Sekulow. He said in a statement, "The president is disappointed that conflicts prevent Joe diGenova and Victoria Toensing from joining the president's special counsel legal team." He said they can help Trump in other legal matters, though.

While Sekulow didn't specify what the conflicts were, multiple news outlets report the two lawyers have represented other people involved in special counsel Robert Mueller's investigation.

Trump tweeted Sunday that he isn't having problems finding lawyers, saying, "Fame & fortune will NEVER be turned down by a lawyer, though some are conflicted."