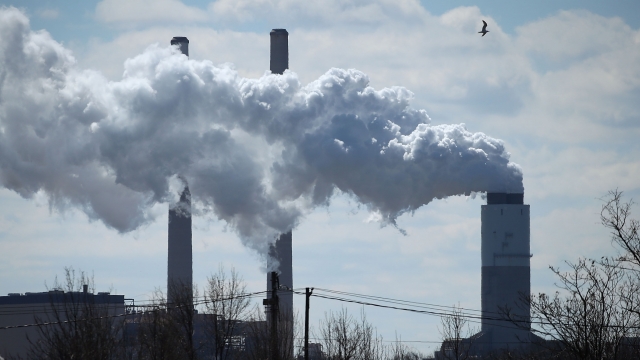 ​After analyzing data from the EPA, researchers found that fine particulate matter in the air had increased by 5.5% between 2016 and 2018.

Air quality in the U.S. is getting worse, according to a new report published Monday.

After analyzing data from the EPA, researchers at Carnegie Mellon University found that fine particulate matter in the air had dropped by 24% between 2009 and 2016. But concentrations of the pollutant have increased by 5.5% since then, and researchers say that spike led to nearly 10,000 premature deaths in 2018. These particles are 30 times smaller than the width of a human hair and can make their way deep into the lungs, which can lead to a variety of health problems.

The researchers pointed to several potential reasons for the recent drop in air quality, one being increases in economic activity — more specifically, the rise in natural gas use and increased emissions from people driving more.

They say another factor could be an increase in wildfires, which release large amounts of soot and ash into the atmosphere. This is especially the case with the recent wildfires in California; researchers estimate nearly 43% of those 10,000 deaths in 2018 would have happened in the state primarily because of those fires.

A final potential culprit the study points to is a decline in Clean Air Act enforcement actions. The researchers found enforcement of the act began dipping in 2013. That could be because more cities are meeting the law's standards. But researchers say they didn't see a corresponding increase in enforcement actions by the EPA when air pollution levels worsened in 2017 and 2018.

Despite their findings, the researchers said better data is still needed to really measure the causes and effects of declining air quality.