Utilities Might've Known About Climate Change As Early As 1968 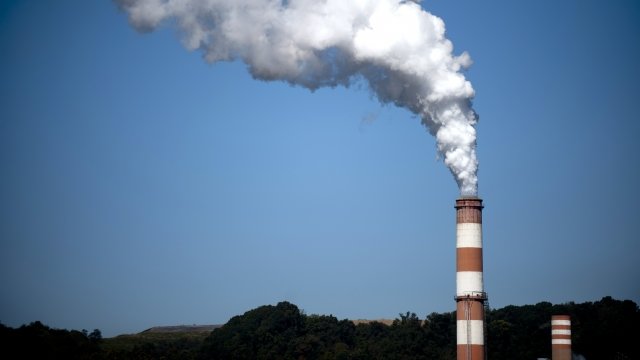 A new report shows that despite warnings about carbon dioxide's role in climate change, industry leaders lobbied to deny a link between the two.

A new report from the Energy and Policy Institute shows scientists told utility companies as early as the late '60s that fossil fuels were warming the planet. But the report claims companies then tried to hide that information.

In 1968, a top science adviser to former President Lyndon B. Johnson presented research to industry groups showing how carbon dioxide emissions could have "major consequences on the climate."

After that presentation, about 50 utilities released a comprehensive outline for 30 years of climate research. One goal was to investigate how producing greenhouse gases would affect the environment.

During the next 30 years, many researchers concluded that climate change "may significantly affect the electric utility industry."

But the report says utilities took a "two-faced approach." The companies eventually said global warming was real but kept funding lobbies fighting greenhouse-gas regulations and debating the extent of the warming problem.

The Energy and Policy Institute noted CO2 emissions from the electric utility industry have declined since the mid-2000s but that they're still higher than they were in the late '80s.

And this is just the latest discovery of companies withholding information about climate change. Los Angeles Times says Exxon Mobil knew about the crisis by the end of the '70s. And The Correspondent uncovered an educational film Shell made in 1991 that says the reality of climate change was "endorsed by a uniquely broad consensus of scientists."