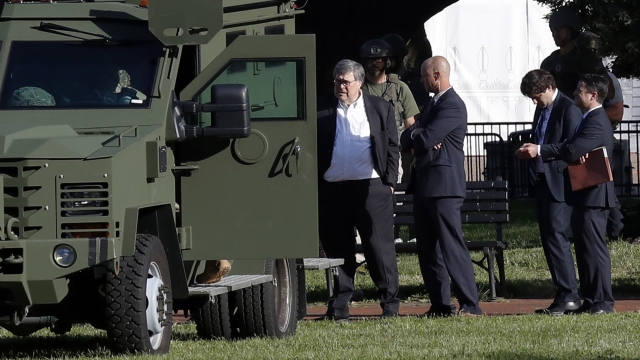 According to Department of Justice officials, Attorney General William Barr gave the order to clear protesters gathered outside of the White House on Monday evening.

Before President Trump's national address and appearance at a church Monday, people protesting for George Floyd were forcibly removed from Lafayette Square near the White House. Officials say the decision to extend a perimeter around the square was made early Monday.

According to the Washington Post, when Barr came to assess the magnitude of protests Monday, he told officials: "This needs to be done. Get it done." Soon after, law enforcement began dispersing protesters from the area. Local authorities deny reports of the use of tear gas.

The National Guard has been sent to different states as protests grow and, in some cases, become violent. Despite pushback from D.C. officials, Barr said there would be "even greater" of a law enforcement presence in the Washington, D.C., area starting Tuesday evening.