Reports: McConnell May Not Have Enough Votes To Block New Witnesses 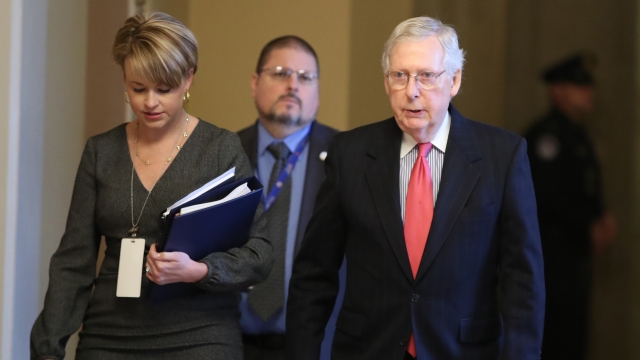 McConnell reportedly held a closed-door meeting with Republican senators on Tuesday after President Trump's legal team finished its closing arguments. A person who was in the room told CNN several senators haven't made up their minds yet on whether they'll support calling additional witnesses. New witnesses can't be called unless 51 senators vote to allow that.

"I can't begin to tell you how John Bolton's testimony would ultimately play on a final decision, but it's relevant and therefore I'd like to hear it," Romney said. "And what impact that might have would be dependent on all the facts associated with it."

Democrats have been pushing for witnesses since the beginning of the proceedings, but McConnell isn't budging.

The majority leader has tried to keep the trial as short as possible, and calling and deposing new witnesses would lengthen it.