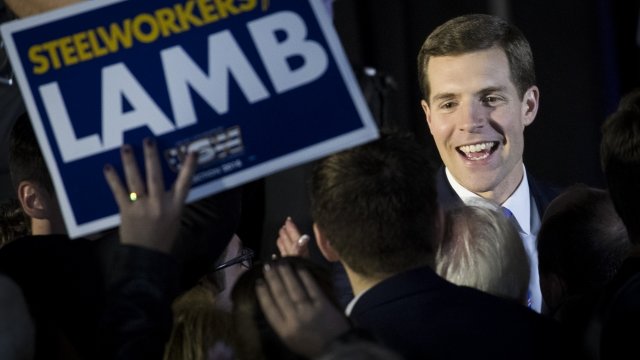 A homegrown candidate, Marine and former assistant U.S. attorney, Lamb pulled off an underdog win after running a strongly independent campaign. Running as a Democrat, he distanced himself from Minority Leader Nancy Pelosi and said he wouldn't support her leadership. He voiced his support for the Second Amendment, his personal opposition to abortion and a strong pro-union message.

That district was deep red in 2016, going to President Donald Trump by 20 points.