Dems and GOP Differ In Outreach Methods Amid Pandemic 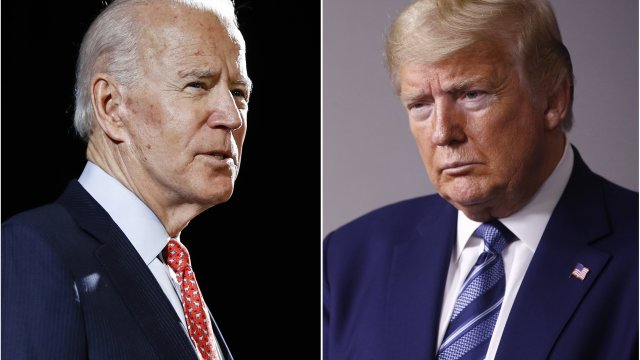 Republicans and Democrats are aiming to drive up turnout but are going about it in very different ways, in person vs. virtual.

In an election year like no other, Republicans and Democrats are going about turning out supporters in very different ways.

Joe Biden's campaign is avoiding in-person contact amid the pandemic, opting instead for virtual outreach. But for President Trump...it's all about the tried-and-true ground game that campaigns have relied on for decades.

"What's going to help with this campaign are the volunteers, are those people that are basically going week to week, day by day, knocking on these doors," said Mercedes Schlapp, a Trump 2020 senior adviser.

The Trump campaign has utilized 2,000 staffers in 17 states to make key connections on the ground.

And they say volunteers have knocked on hundreds of thousands of doors.

"We've been building this ground game for the past two years, so we have a very sophisticated infrastructure in these targeted states," Schlapp said."That's been our goal. It's where we've invested our resources. We're up to close to two million volunteers across the country in these targeted states. That's a record number that we've seen."

Mercedes Schlapp has traveled throughout the country on Women for Trump bus tours amping up supporters and volunteers. She says the aim is to do outreach safely but the president and his campaign have been widely criticized for holding large-scale rallies.

"In February and January he had all this information, yet he held rallies," said Sen. Kamala Harris.

For Democrats, it's about reaching voters via their computers and phones.

"Our digital tactics right now are all about replicating the experience the voter has when an organizer comes to their door," said David Bergstein, director of battleground state communications for the DNC.

Democrats are avoiding direct face-to-face contact citing coronavirus concerns. It means they have knocked on way fewer doors than their GOP counterparts. Bergstein says the party and the Biden campaign have made millions of calls and connected with voters via text to drive up turnout. They also have about 2,000 staffers in at least 15 states.

You're talking about text messaging and using technology to reach out to voters. But do Democrats risk losing out in terms of getting voters enthused about the election?"

So which way will be more effective come November?

"I think both of them are correct in some degree, We do know that door knocking and everything is a tried-and-true method of getting people to not only vote, but also to make political contributions," said Todd Belt, the director of the political management program at the George Washington University. "And a lot of people are getting their information digitally these days."

The virtual or ground game certainly isn't the only way the campaigns are reaching voters. And Democrats appear to have a TV ad advantage over Republicans with Joe Biden's campaign dominating the airwaves in several states. Now experts say could be an interesting case study  in reaching out to voters — and lead to lasting changes in campaigns to come. Willlie James Inman, Newsy.