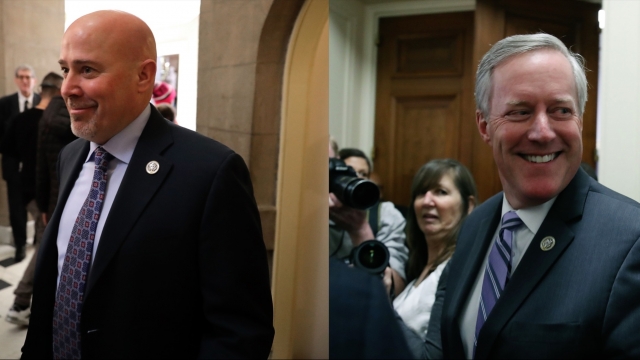 The new compromise gives more leeway to states, but certain parts of it might not sit well with moderate Republicans.

It's not just Trump — congressional Republicans are eyeing a new push for health care reform in the near future.

Differences between moderate and far-right Republicans tanked the last health care bill. This time, though, Rep. Tom MacArthur and Rep. Mark Meadows think they may have a compromise all Republicans can agree on.

The compromise will keep parts of Obamacare moderate Republicans like, such as protections for people with pre-existing conditions. But it also gives states the right to waive some of those same aspects on their own.

Also known as single-payer health care, the plan would expand the safety net for people over 65 to all Americans.

For instance, states could choose to put people with pre-existing conditions in "high-risk pools." Some states had high-risk pools before Obamacare, but a Kaiser Family Foundation study found them to be underfunded. They also can be more expensive for patients in those pools, as well as for taxpayers funding them.

But Rodney Whitlock — vice president of health policies at ML strategies and former Republican staffer — told NPR there will be language allowing people hurt by a state's health care policies to sue the state.

There might still be some sticking points with more moderate Republicans. There's no mention of Medicaid in the new deal, and cut backs on Medicaid funding in the last health care bill was a major issue for many moderates.

There's still no legislative text to look over, so it's hard to figure out if congressional Republicans will support this new agreement.