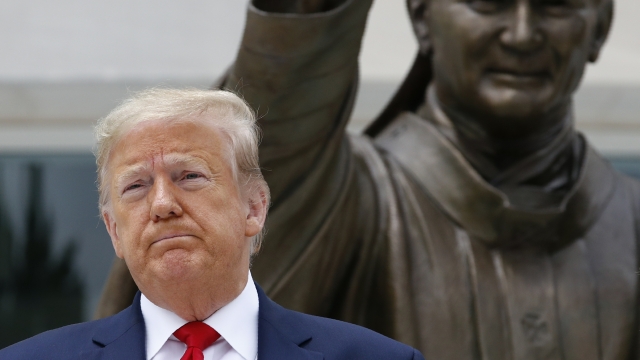 Several Republican lawmakers supported the president's move to clear out protesters, while others said it appeared "insensitive."

President Donald Trump's decision to have police clear out protesters so that he could pose for photos in front of a church on Monday has been met with mixed reactions from Senate Republicans.

U.S. Sen. Tim Scott told Politico on Tuesday he didn't think President Trump's actions that day were "helpful," saying, "If your question is: 'Should you use tear gas to clear a path so the president can go have a photo-op?' The answer is no."

U.S. Sen. Ben Sasse also criticized the president's move, saying that although he opposes rioting and the destruction of property, he's also "against clearing out a peaceful protest for a photo op that treats the Word of God as a political prop."

U.S. Sen. Susan Collins said she felt President Trump "came across as unsympathetic and insensitive to the rights of people to peaceful protest," and that it was "painful" for her to see "protesters be subjected to tear gas in order for the president to go across the street to a church."

But other Republicans defended the move. U.S. Sen. Chuck Grassley told CNN it's OK for police to forcefully clear out protesters given that some of them may pose a security risk to the president.

U.S. Sen. Marco Rubio also said he didn't take issue with the use of tear gas against protesters that day and called the gathering "a provocation that was created deliberately for national television." He also disputed the notion that protesters were cleared out solely for President Trump's photo-op, pointing to the fact that the curfew was drawing near.