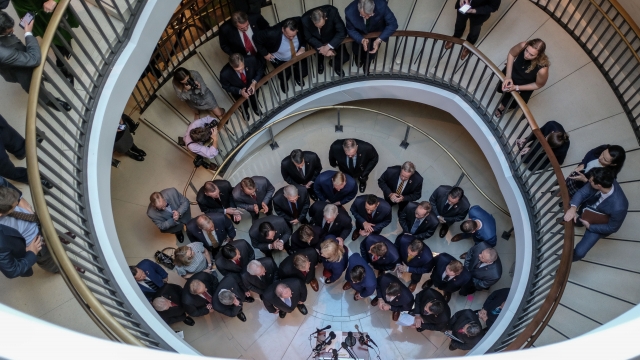 The latest deposition got underway nearly six hours after it was supposed to begin.

As Pentagon official Laura Cooper was set to give her opening statement – more than two dozen Republicans stormed the SCIF, the secure facility where these depositions have been conducted. They say they want a more transparent process, but both Republicans and Democrats on the committees involved have the opportunity to question witnesses for equal time.

The SCIF is meant to be secure, it is three floors below ground level. Only relevant members and staff are allowed inside and absolutely no electronics are allowed. The Republicans brought their phones inside as they stormed the SCIF. House Minority Whip Steve Scalise said they weren’t being used.

Congressman Eric Swalwell told Newsy, "That is B.S. The phones were absolutely on.”

Testimony has been delayed Thursday and Friday in honor of the late congressman Elijah Cummings.