For A Healthy Brain, Exercise Your Legs 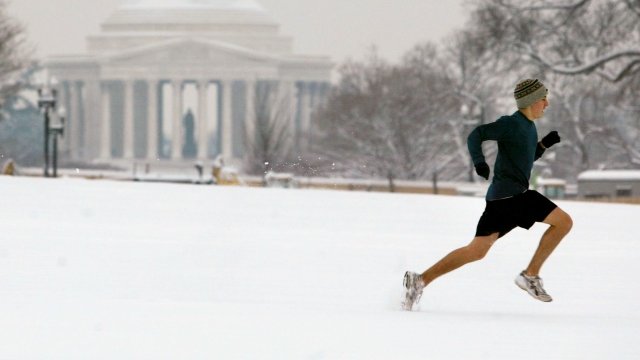 Exercise — and specifically leg exercise — is critical for keeping the nervous system healthy.

Leg day might be even more important than we thought. New research on mice shows the body's leg muscles contribute to a healthy nervous system.

In a study published Wednesday in Frontiers in Neuroscience, Italian researchers prevented mice from using their back legs for four weeks and then looked at the area of their brain that creates new neurons. The disabled mice had 70 percent fewer new neural stem cells than fully active mice — and those cells that did form didn't completely mature.

Finding The Brain Circuits That Turn Mice Into Winners

The connection between legs and brains is surprising. Researchers knew mice who couldn't exercise would lose muscle mass, but this study shows just how far the effects of exercise can reach into the nervous system.

This may give important insight into human disease. Mouse models don't exactly mimic what happens in humans, but this study is just the latest to show that aerobic exercise generates new neurons in the brain and can slow the damage from Parkinson's and Alzheimer's disease.

Researchers think this new link between legs and brains could eventually help doctors understand how and why patients with motor diseases decline. It might help us address risks for everything from multiple sclerosis to sedentary lifestyles to space travel.